On his eighth death anniversary, a second look at the revered director's filmography and how it changed over the years.

Shakti Samanta had initially hoped to join the Hindi film industry as an actor. The highly regarded filmmaker arrived in Mumbai in 1948 and assisted director Satish Nigam on Sunehre Din (1949), starring Raj Kapoor. Early on, he learned from the Bombay Talkies directors Gyan Mukherjee and Phani Majumdar by observing them on films like Tamasha (1952) and Dhobi Doctor (1954). His debut film as a director was Bahu (1955) starring Usha Kiran, Karan Diwan and Pran.

Samanta's career had a notable and surprising shift of film genres from thrillers to romance to social dramas. Samanta started with a trio of suspense thrillers that became average hits: Inspector (1956), Detective (1958) and the masterful Howrah Bridge (1958) with which he launched his own banner, Shakti Films. Inspector was the first of his films to release even though he started Bahu prior to it.

Released right after Inspector (1956), Howrah Bridge has since attained cult status in Hindi cinema with its toe-tapping music, strong characters right out of the noir era, alongside star turns from the two leads Ashok Kumar and Madhubala. Samanta famously signed his heroine for only one rupee when he approached her for his maiden production. Howrah Bridge is well remembered today for its catchy club songs composed by OP Nayyar. The film also featured Helen in one of her more famous dance numbers, 'Mere Naam Chin Chin Choo'.

His next, Detective (1958), found Pradeep Kumar and Mala Sinha embroiled in international smuggling conspiracy, complete with kidnapped businessman and the main villain operating out of a swanky hotel, featuring a magician as the star attraction. However, after this, he started dabbling in social-themed films, beginning with 1959's Insan Jaag Utha starring Sunil Dutt and Madhubala. The film focused on the path available to the younger generations after India attained freedom. The 1960s films he helmed usually featured Rajesh Khanna and almost always had a social theme running through it with strong female characters.

The change in genres along Samanta's filmography points towards him evolving as a filmmaker and making the films he actually wanted to make. He introduced Sharmila Tagore opposite Shammi Kapoor in Kashmir Ki Kali (1964) and went on to make several women-oriented films with her like Aradhana (1969) and Amar Prem (1972). Samanta led Moushmi Chatterjee to Filmfare nomination for Best Actress in her first film with Anuraag (1973), which also won the Best Film Award that year. From thereon in, Samanta became known as the director of love stories.

He produced instant classics with Amar Prem (1971), giving Khanna one of the best roles of his career. He ably adapted and was inspired by prominent Bengali novels and cinema. Charitraheen (1974), an adaptation of the Sarat Chandra Chattopadhyay novel, showcased the talents of Sanjeev Kumar and Sharmila Tagore in the story of an industrialist and a call girl. 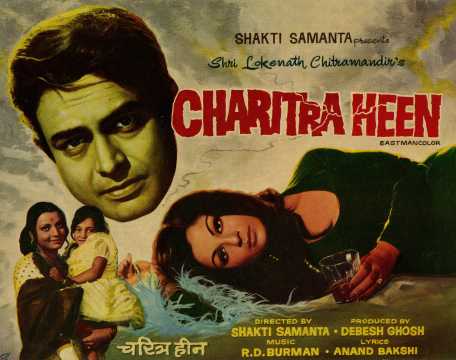 The 1960s-1970s were the hit decades for Samanta, where he produced some of his best work. The films he made during the 1980s weren't as memorable as his previous hits. He reunited with Rajesh Khanna in 1984 for Awaaz. There was a brief period of seven years where the two did not work together. Their next, Alag Alag (1985) was well-received by critics and also starred Tina Munim and Shashi Kapoor in key roles. 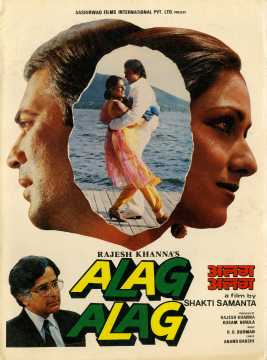 For the remainder of his career, Samanta made several features with Mithun Chakraborty. He worked intermittently during the 1990s and his last production was an adaptation of Chattopadhyay's Devdas in 2002 with Prasenjit Chatterjee. Samanta never picked up any best director trophies, though several of the films he directed were named best films of the year. It seems surprising to find that out about a man who guided many of his cast and crew to their finest outings onscreen and off.