The yesteryear star made a career out of formula films, most of which were remakes of Southern hits.

He wasn’t as gifted as Amitabh Bachchan or Rajesh Khanna, but Ravi Kapoor a.k.a. Jeetendra had his own charisma. His nifty dance moves in an era when most stars had two left feet, earned him the moniker of 'Jumping Jack'.

Critics labelled him wooden, but their uncharitable view had no bearing on his popularity. With his strengths and limitations, Jeetendra carved an identity on his own and became popular with a formula for success that did not fail very often.

A careful look at the actor’s career reveals that a majority of his films were remakes of Southern hits. Hindi cinema continues to rehash Southern films even today.

In a career spanning more than five decades, 75 of Jeetendra's over 200 films were remakes of Southern films. As the actor turns 75 today (7 April), we take a look at how he found his mojo in Southern remakes.

Having made his debut with a blink-and-you-miss role in Hindi films, Jeetendra was chosen by the legendary V Shantaram to play the lead in Geet Gaaya Patharonne (1964). The film wasn’t a blockbuster, but the actor’s good looks helped him land Gunahon Ka Devta (1967) and Farz (1967). The latter changed his career. 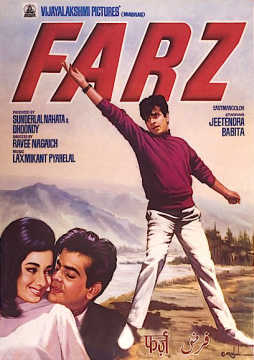 Inspired by James Bond, Farz is seen as India’s first spy thriller. Gopal Kishan Pandey, better known as Agent 116, charmed audiences with his wit and valour. Farz was Jeetendra’s first commercial success. It was also a remake of the Telugu spy thriller Goodachari 116 (1967).

Over the next two years, Jeetendra featured in some original Hind films, but with little success. In 1969, he took up Jeene Ki Raah, a remake of the 1953 Telugu film Bratuku Teruvu. He followed up with Jigri Dost and Waris, remakes of Telugu films Govula Gopanna (1968) and Naan (1967), respectively. Directed by TR Ramanna, who also directed the Tamil original, Waris was widely accepted by audiences and became the ninth highest grossing film of 1969. 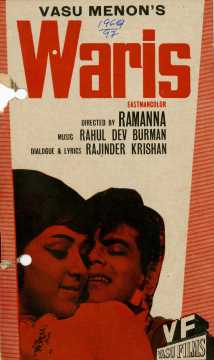 Jeetendra was cast opposite Hema Malini for the first time in Waris. The duo became a successful pair, both on and off the screen, and reportedly came close to getting married in the 1970s, before settling down with different spouses.

Jeetendra was part of three remakes in 1970 — Himmat, from the 1968 film Adrustavanthulu, Jawab from the 1964 film Sabhash Suri, and Humjoli from the 1964 film Panakkara Kudumbam. The first two were adapted from Telugu films while Humjoli was a remake of a Tamil hit. In 1971, Jeetendra acted in Ek Nari Ek Brahmachari, another remake from filmmaker T Rama Rao’s Telugu hit Brahmachari (1968). 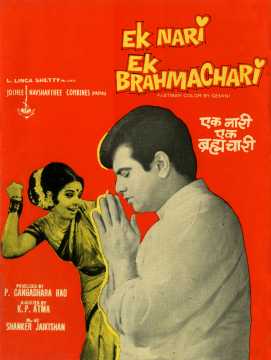 By then Jeetendra had become popular among Southern filmmakers, and the first choice for any upcoming remake. He was a particular favourite of Dadasaheb Phalke Award winner LV Prasad, with whom he worked on the remakes Jeene Ki Raah (1969), Bidaai (1974), Shaadi Ke Baad (1972), Udhar Ka Sindur (1976), and Jay Vejay (1977).

Every year, amongst Jeetendra's many releases, one would find a Southern remake. In 1980 alone, of his nine releases, five were remakes. Those that fared well were Judaai, from the 1977 Telugu film Aalu Magalu, and Jyoti Bane Jwala from the 1978 Telugu Katakatala Rudraiah, both directed by Dasari Narayana Rao, and Nishana from the 1979 Telugu hit Vetagadu.

By then, the next generation of stars in Hindi cinema had begun to appear on the scene and Jeetendra’s fan following had ebbed. He did find the occasional success, like with Manobala's Mera Pati Sirf Mera Hai (1990). His last remake was Udhar Ki Zindagi (1994), from the 1991 Telugu film, Seetharamaiah Gari Manavaralu. But by then he had well and truly made the title of ‘Prince of Southern remakes’ his own.