An actress treasured for her talent and adored for her beauty, Sen made less than a 100 films in a fairly short career. Yet, the remarkable intensity of her gaze, and her pairing with the Bengali superstar, Uttam Kumar, remain etched in the memories of people. On the 86th birth anniversary of the actress today (6 April), we explore why.

One of the most enigmatic actresses of her Hollywood generation, Greta Garbo said this of stardom: "Anyone who has a continuous smile on his face conceals a toughness that is almost frightening."

The sense of almost Prufrockian neurosis has been a part of the acting world for as long as the craft has existed. It is also why the self assured expressions of Suchitra Sen left directors, actors and writers enamoured of her mix of rare courage and beauty. It was also the reason why she was, at the peak of her powers, able to give it all up and turn recluse. 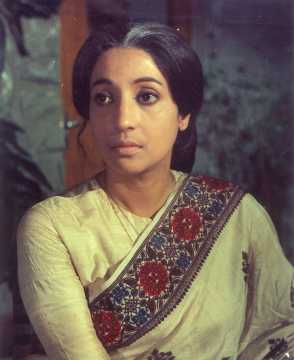 Born on the 6 April 1931, Sen spent three decades of her last years in Kolkata as a recluse. She shied away from the public glare that once raised her to the title of 'Mahanayika' (great heroine). It began in 1952 with films like Bhagaban Shri Krishna Chaitanya (1953), Saare Chuattor (1953) which went on to become big hits. It was in Saare Chuattor that the Uttam-Suchitra pair was first launched. In her career of 70-odd films, Sen was paired opposite Uttam Kumar in 30 of them.

For a Bengali film industry that was looking for a star pair to replace the charm of Pramathesh Barua and Kanan Devi, the Uttam-Suchitra pairing was a gift. With films like Sagarika (1956), Sabar Uporey (1955), Harano Sur (1957), and Indrani (1958) among them, the two scaled a fever pitch of fan following.

In Amitabha Bhattacharya's book, Aamar Bondhu Suchitra Sen, she describes her relationship with the actor as 'I had a good friendship with Uttam Kumar, a deep one.' A simple description, yet incomplete.

The 1950s were laden with cinema romances across the Indian subcontinent. From Raj Kapoor-Nargis to Guru Dutt-Waheeda Rehman, the stories abound for cinephiles to read through.

With Uttam Kumar and Sen, there is a different sense to the pairing. On his death bed, Uttam Kumar reportedly expressed his wish to see his co-star. It was one of the most telling points of the relationship.

Another reason why the pairing worked was the respect and admiration the two shared for each other's craft. At her peak, Sen commanded a price of Rs1 lakh per film. This was more than what several of her male co-stars, even Uttam Kumar commanded. Yet, there never emerged any stories of Uttam Kumar complaining or throwing a fit about the position.

This respect is most obvious in Saptapadi (1962). Playing star crossed lovers, the two actually recreated a scene from Shakespeare's Othello for the film. Directed by Utpal Dutt, who also voiced the lines along with Jennifer Kendall, the two actors manage to hold your attention with simple expressions. It is a remarkable example of their innate chemistry.

For the film, Sen won the Silver Prize for Best Actress at the Moscow International Festival. A mercurial personality, Sen was quite different before her reclusiveness kicked in. Her daughter Moon Moon Sen recalls in the same biography that she would often head for a night out clad in a gown and feathers, a la Garbo on Hollywood Boulevard. At the celebration party of Saat Pake Bandha (1963), Sen ripped apart co-star, Soumitra Chatterjee's shirt to prove that she actually had the strength to carry out that scene in the film.

It was, and still is, difficult to define Suchitra Sen as a personality. At times childlike, at times a diva, she was a sphinx to her peers. Yet, it had a certain allure. For Dilip Kumar who was 'charmed by her intellect' during Devdas (1955) to Sanjeev Kumar, who remained a close friend post Aandhi (1975), Sen was the archetypal heroine. No one exemplifies this feeling than Uttam Kumar. During the film Saptapadi, writer Nitai Bhattacharya had scripted an ending that required the demise of Sen's character, Rina Brown. However, Uttam Kumar would have none of it. He managed to convince the writer, at the expense of Rs2,000 of his own money to change the ending into a more ambiguous one.

Despite the rise of her stature, Sen never really embraced Hindi cinema. Many attribute the pairing of Uttam-Suchitra as a cause for this. However, the actress did star alongside Dilip Kumar, Sanjeev Kumar and Bharat Bhushan. For Raj Kapoor though, she held no love. As she describes in the biography, "In men, I don’t look for beauty. I look for intelligence and sharp conversations. I had refused Raj Kapoor’s offer almost immediately. He came to my residence offering a lead role and, as I took my seat, he suddenly sat near my foot and offered me a bouquet of roses while offering the role. I rejected the offer. I did not like his personality. The way he behaved — sitting near my foot — did not befit a man."

As for Uttam Kumar, apart from films like Amanush (1975), Kitaab (1977), his tryst with Hindi cinema ended with a whimper. However, it took the death of Sen's husband, and the growing indifference of Sen to end the partnership that had become one of Bengali cinema's most iconic ones.

When Uttam Kumar passed away on 24 July 1980, Sen visited his home with a garland. As they were putting it on his body, she whispered "Slowly, lest it hurt him."