How can they show a pregnant lady getting married: VHP on Laali Ki Shaadi Mein Laddoo Deewana


The right-wing Hindu organization held a protest and has met producer TP Aggarwal to cut some scenes from the film.

The outrage in India's political system seems to be growing with every passing day and Indian cinema is bearing the brunt. The latest to fall to a right-wing Hindu organization's outrage is Laali Ki Shaadi Me Laddoo Deewana. The Vishwa Hindu Parishad (VHP) has objected to the film's depiction of the marriage of a pregnant woman.

Directed by Manish Harishankar, the film stars Akshara Haasan, Vivaan Shah and Gurmeet Chaudhary in the lead roles. The story revolves around the marriage of a pregnant young woman (Akshara Haasan) to one of the two suitors (Shah and Chaudhary). This has caught the eye of the VHP, which organized a protest outside producer TP Aggarwal's office today. 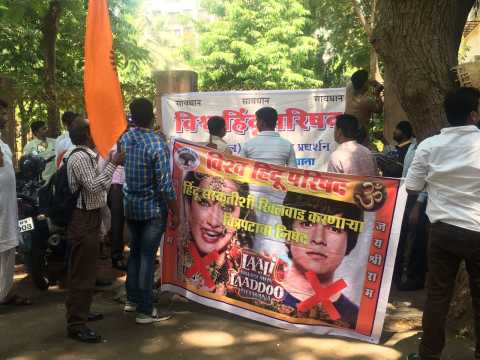 Speaking to Cinestaan.com, Navin, a member of the organisation, said, "This [depiction of a pregnant woman getting married] is against our culture. If we show this, where are we going?"

When it was pointed out that such scenes have been part of films in the past like Kya Kehna (2000), Navin said, "It cannot happen that a nine-month pregnant woman is shown getting married to someone other than the father. She has already become a mother, and we respect mothers in our culture. How can they show this?" 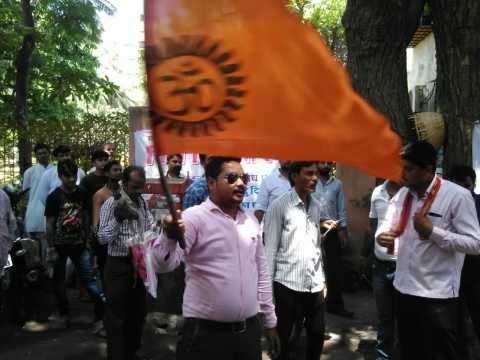 The member added that they have approached the producer to cut the scenes from the film. They also added that if the producers did not acquiesce, they would approach the Central Board of Film Certification (CBFC).

Perhaps the only weakness of a democratic process is that every objection is allowed to have its space. For now, there has been no response from the makers of the film. With films like Padmavati and Laali Ki Shaadi... suffering the brunt of political protests, perhaps it is time for the film industry to take a united stand.