The actress will be seen in a '90s glamorous college girl avatar in the upcoming comedy.

After being a part of hard hitting films Pink (2016) and Naam Shabana (2016), Taapsee Pannu will be seen in an all new glamorous avatar in the forthcoming comedy, Judwaa 2, opposite Varun Dhawan. And her look in the film will be quite a fasionable one.

Like the original film, the sequel is also based in the '90s and the makers wanted all the characters to match the era. A source from the sets of the film tells us that Taapsee's outfits have been refrenced from the 90's Hollywood movie Clueless. Taapsee plays the role of a London-based Gujarati NRI college-going girl and the campus flick was a perfect inspiration for the actress' look.

Much like Alicia Silverstone in the 90's classic college campus film, Taapsee too will be seen sporting longer hair, coupled with chic accessories and dresses to get a classy glam look. 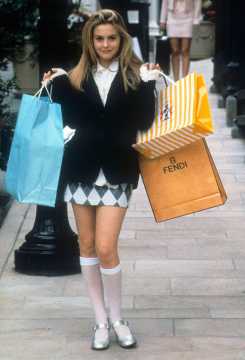 The actress, who is currently shooting for the film in London, said, “It's one of my favorite looks ever. It's glamorous yet very classy and chic. We had to get the cuteness in glamorous outfits for each n very look. The styling has been done keeping London city in mind. I have gone through more than 50 outfit trials to zero down on the final selected outfits.”

It would surely be fun to see Taapsee don an all new glam look in this comedy, based on the 1997 hit film, starring Salman Khan.

Directed David Dhawan, Judwaa 2 is slated to release on 29 September.