Heaven to heaven, hell to hell: QSQT all the way


Six things that you would want to know about Aamir Khan and Juhi Chawla’s Qayamat Se Qayamat Tak (1988).

Year 1988. First-time director Mansoor Khan launches two new faces (one his cousin) in a Romeo-Juliet-type love saga. Not just young actors, the film also welcomes new voices and musicians who go on to create legends of their own.

Qayamat Se Qayamat Tak became the biggest blockbuster of the year, turning Aamir Khan and Juhi Chawla into stars overnight. Save for Best Actor and Best Actress, the film swept all major honours at the following Filmfare awards.

Here are six things you should know about QSQT.

Having suffered losses from earlier films, producer Tahir Husain was against his son taking  to films. However, smitten by theatre in his teens, Aamir Khan, who was poor at academics, quit his education to take to acting. In 1988, his cousin Mansoor Khan was impressed with Aamir's performance in plays and decided to cast him in the lead role in his drama Qayamat Se Qayamat Tak, which was earlier titled Nafrat Ke Waaris.

QSQT, however, wasn’t just a debut film for Aamir and Mansoor Khan. A few other members of the family also made their presence felt. We all know how Aamir’s first wife Reena Dutta made a blink-and-miss appearance in the song 'Papa Kehte Hain'. Aamir’s nephew Imran Khan’s mother Nuzhat Khan also made an appearance in the song as the girl sitting next to Reena Dutta. Dutta and Nuzhat Khan weren’t part of the script, but they just happened to drop by when filming was on.

Apart from Dutta and Nuzhat, Imran Khan himself played the little Raj (Aamir), while Aamir’s brother Faisal played one of the sidekicks. Faisal along with Makarand Deshpande was part of the Baba gang who bully Raj (Aamir) and Rashmi (Chawla) as the lovers seek their way out of the hills. 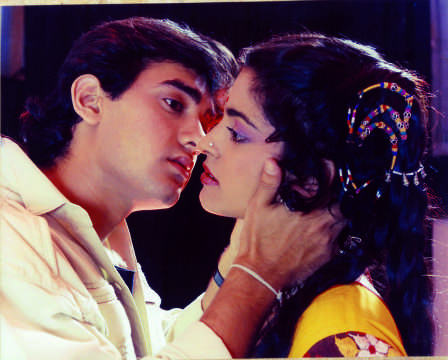 Juhi Chawla was seen in a supporting role in the 1986 Dharmendra and Sridevi-starrer Sultanat. QSQT, though, marked her debut as a lead actress. Interestingly, among those present for the auditions for Rashmi’s role was none other than Aamir Khan himself. However, Chawla had no inkling that she would be paired with him. 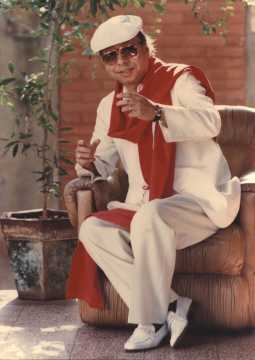 Music legend RD Burman was a firm favourite with producer Nasir Husain as the duo had worked successfully on a host of films since Teesri Manzil (1966). However, QSQT was the first Nasir Husain film in 22 years that RD Burman did not compose the music for.

Husain was keen to continue the association, but director Mansoor Khan was in favour of fresh blood and opted to give an opportunity to music director Chitragupta's sons Anand and Milind. QSQT brought together rookie singer Udit Narayan and Alka Yagnik. All the songs, penned by Majrooh Sultanpuri, were sung by the duo.

One of the most popular tracks from the film, ‘Papa Kehte Hain’, was heavily inspired by Keron ‘D Waka’ Williams’s 'Love You So Much'. Similarly, the romantic song, ‘Ae Mere Humsafar’, was said to be inspired by I Rocc’s ‘That’s My Song’. 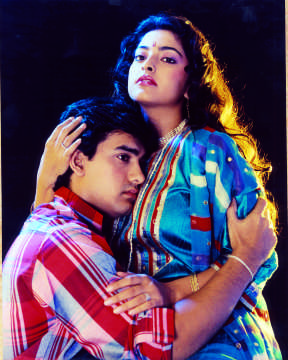 Mansoor Khan shot two climax sequences for the film, one happy, the other tragic. The director and his producer father Nasir Husain were divided as the latter's films usually had happy endings. However, Mansoor Khan stuck to his guns and chose the tragic ending. The happy ending would have seen Goga Kapoor’s character die and the lovers living happily ever after.