SS Rajamouli's film is seeing a rush of high-priced tickets that might see it end Thursday as the top film at the US box office.

It would seem that the craze for SS Rajamouli's Baahubali 2: The Conclusion has taken over the world. While India continues to be in the grip of a frenzy of the blockbuster epic that was released today, fans in the US have also started clamouring for Rajamouli's film despite the presence of Hollywood fare like the Vin Diesel starrer The Fate Of The Furious.

The phenomenon of Baahubali can be encapsulated in the fact that ticket rates for the film exceed the normal range for a blockbuster. The price of the film's tickets at IMAX theatres is around $33. 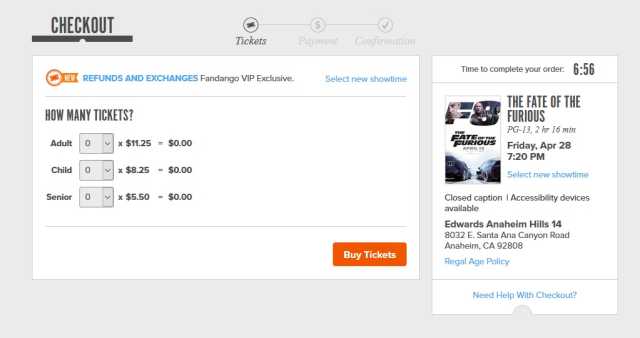 Compared to Baahubali, the shows of The Fate Of The Furious at non-IMAX theatres is at $11. This is a third that of the Rajamouli film.

If this is not a surprise, most shows are beginning to be crowded out by excited fans looking for a change from the usual Hollywood action thrillers. The increased price also offers the makers of the Prabhas-Rana Daggubati action flick a chance to upend the box office.

Great India Films, the US distributor of the film, had put out a press release on 27 April, declaring that ticket sales had surpassed those of the 'highest-grossing Indian film [of any language] on opening day'.

The press release also said, 'We have passed $3 million in pre-sales and are adding almost $100,000 to this total every hour. The film is also releasing in a record-breaking 425 theatres with over 1,100 screens in North America alone.'

Read more: Baabubali 2 earns Rs19 crore in USA before release, the highest for any Indian film

This information has proved right with trade analyst Gitesh Pandya tweeting an encouraging message about the trend after the release of the film in the United States on Thursday.

Certainly possible that Indian epic #Baahubali2 will race past #FateOfTheFurious to become #1 film across entire US #boxoffice today THU.

The Fate Of The Furious has been in theatres in the United States since last week, while Baahubali 2: The Conclusion was released yesterday. It is unlikely that the Indian film will match up to the overall collections of Vin Diesel's action drama.

Baahubali: The Conclusion has been released across 9,000 screens worldwide, including 6,500 screens in India.

Yet, there is a chance that the Prabhas-Rana Daggubati starrer might make it to the top of the US box-office collections at the end of Thursday, GMT.