An actor par excellence, Balraj Sahni was also a man for all seasons. A staunch Communist, traveller, writer and journalist, he tried on different hats before finding the joy of acting. On his 44th death anniversary, we revisit the eloquent convocation lecture Sahni delivered at the Jawaharlal Nehru University in 1972.

When Aamir Khan expressed his opinion on the growing nationalism debate in 2015, the backlash he received was terrible. A majority of the opposition suggested that as an actor Khan had no right to speak on political matters.

Over the past couple of years, the world of Hindi cinema has traversed the political path with dread. The discomfort over associating films with politics is very visible now.

It was not always this way. Be it the socialism in Raj Kapoor's films or the anti-establishment works of Khwaja Ahmed Abbas, the industry was filled with writers, poets and filmmakers who did not shy away from expressing political opinions. Among these, the actor Balraj Sahni stood tall. 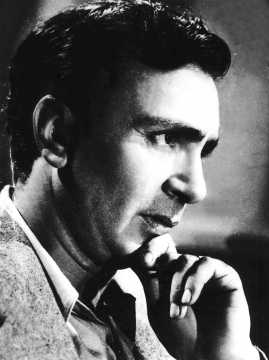 After graduating with a bachelor's degree in Hindi and a master's in English literature from Lahore university, Balraj Sahni moved to Shantiniketan to take up a job as an English teacher. He even took part in the Independence movement, working with Mahatma Gandhi and Jawaharlal Nehru.

An insatiable quest for adventure pushed him to take up the job of a radio announcer in Europe for BBC Hindi when World War II broke out. It wasn't till his return that he caught the acting bug. Making his debut in KA Abbas's Dharti Ke Lal (1946), Sahni found fame with films like Do Bigha Zamin (1953), Kabuliwala (1961) and Waqt (1965).

Despite his rise as an actor in a glamorous industry, Sahni did not shy away from his political activism. In 1972, a year before his death, Sahni was invited by Jawaharlal Nehru University to deliver a convocation address. In a long and analytical speech, he delved into various aspects of society, culture, films, politics and art.

Delivered 25 years after India's independence, Sahni's 11-page speech focused on the need for India to carve its own identity. He said, "In the last twenty-five years I have worked in more than one hundred and twenty-five films. In the same period a contemporary European or American actor would have done thirty or thirty-five. From this you can imagine what a large part of my life lies buried in strips of celluloid. A vast number of books which I should have read I have not been able to read. So many events I should have taken part in have passed me by. Sometimes I feel terribly left behind. And the frustration increases when I ask myself how many of these one hundred and twenty-five films had anything significant in them. How many have any claim to be remembered? Perhaps a few. They could be counted on the fingers of one hand. And even they have either been forgotten already or will be, quite soon."

The debate about whether cinema is only 'entertainment' or should also be 'socially responsible' is as old as cinema itself. Sahni defended the industry. "Even from the aspect of social responsibility, our Indian films have not yet degenerated to the low level to which some of the Western countries have descended," he said. "But all these assets are negated by our one overwhelming fault — that we are imitators and copyists... This one fault makes us the laughing stock of intelligent people everywhere. We make films according to borrowed, outdated formulas. We do not have the courage to strike out on our own, to get to grips with the reality of our own country, to present it convincingly and according to our own genius."

Sahni's statement rings truer in an age when global influences have only grown stronger. The industry is now competing with Hollywood and other international producers for attention and relevance. However, to make a statement is simple. To elaborate on it is quite the task. Standing in front of a body of students as iconoclastic as those at JNU, Sahni went on to elucidate his experiences from the literary, cultural, and, obviously, film worlds that prove this hunch of a growing unimaginative culture.

The Hindi film industry then, like now, was not inclined to change. Marking it as a reflection of society, Sahni said, "Individually and collectively, we resemble Walter Mitty. Our inner lives are different from our outer lives. Our thoughts and actions are poles apart. We want to change this state of affairs, but we lack the courage to do anything different from what we have been doing all along — or different from what others expect us to do."

Advising the students about the need to create an atmosphere conducive to unearthing and rearing new talent, he said, "We have to create an atmosphere in which the highest respect is given to labour whether it be physical or mental; to talent, to skill, to art and to inventiveness. This requires new thinking; and the courage to discard old ways of thinking. Are we anywhere near this revolution of the mind?"

Interestingly, since the late 1970s, JNU has hardly held any convocations. Forty-five years after the speech, Indian cinema, and the republic itself, suffer growth pangs. While on the one hand there is the emergence of diverse regional voices in cinema, the business itself remains in thrall to blockbuster films. There is also the increased threat of censorship and political violence against any film that goes against the opinion of certain touchy groups.

In such times, as Sahni said, there is a need for a "messiah to give us the courage to abandon our slavishness and to create values befitting the human beings of a free and independent country...".

There might be no messiah in sight, but the film industry needs to come together if it seeks to protect its talent and prevent its creativity from being stifled. Sahni would be pleased if that were to happen.