The 1930s and 1940s funnyman became an integral part of a film’s cast with his on-screen antics. On his 104th birth anniversary, we look back at Gope's delightful career.

With a round face and large belly, Gope was a natural choice for producers to cast as the joker. Born Gope Vishandas Kamlani in Hyderabad, Sindh (now in Pakistan), the actor was one of nine children. He was encouraged by filmmaker KS Daryani to become an actor and came to Bombay to join the nascent movie industry.

Gope's first role was in Moti Gidwani’s Insaan Ya Shaitan (1933) produced by Eastern Art Productions. He acted alongside Jaddanbai, better known later as the mother of Nargis, Ermeline and comedian Dixit in a small part in the film.

Gope continued working steadily thereafter. In the 1950s, after Dixit’s sudden death in 1949, he joined hands with actor Yakub to recreate the Laurel and Hardy type of comedy pair that Dixit and Ghory previously played. However, the smaller roles for comedians meant they weren’t allowed to fully explore the potential of a Laurel-and-Hardy pairing. Yakub and Gope acted together in films like Patanga (1949), Be Qasoor (1950) and Sagai (1951).

Today’s audiences would most likely remember Gope from the popular C Ramchandra song ‘Mere Piya Gaye Rangoon’ from Patanga (1949) in which he acted on stage with actress Nigar Sultana singing to each other on the telephone. He played Natharam Gope, a theatre company owner, while Yakub played a former traffic policeman who joins the troupe only because he has fallen for the charms of Rani (Sultana), who performs in Gope’s company.

On the personal front, Gope married actress Latika (whose Tibetan name was Hungu-Lamou) on 5 February 1949. According to a Filmindia magazine report, "a grand reception was given to the newly wedded couple at the Shree Sound Studios in which many film people participated. There was also a moonlight party later on the Juhu sands." 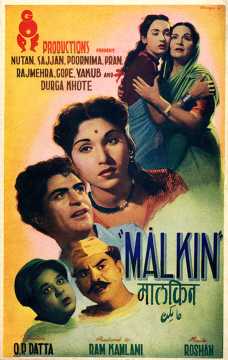 In the 1950s, Gope also took to film production, making films like Hangama (1952) and Malkin (1953) with his brother Ram Kamlani, who also went on to become a director and singer. Gope tried villainy on screen, but even then he ended up interjecting comedy in his roles in films like Tarana (1951) where he played the bad guy with the actor, Jeevan.

Gope died prematurely in 1957 on the sets of Kundan Kumar’s Teesri Gali, which was eventually released in 1958. His widow Latika relocated to the United Kingdom with their two young sons. She eventually remarried in the UK.