Pyarelal Santoshi, who excelled as a screenwriter and dialogue writer, was the father of filmmaker Rajkumar Santoshi and the director of such films as Barsat Ki Rat (1960) and Dil Hi To Hai (1963). He passed away on 7 September 1978, but his legacy as lyricist is largely unknown. We take a look at some of Santoshi’s most memorable songs. 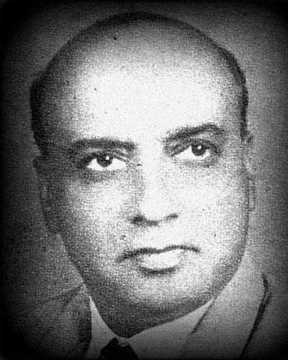 Directed by Ravindra Deve, the music for the film was given by Kalyanji Virji. Younger brother Anandji assisted him on this film before officially joining him as a partner the next year. Sung by Hemant Kumar and Lata Mangeshkar, the song was picturised on Sunil Dutt and Shakila. In 2015, Pyarelal Santoshi’s words were made relevant again when the song was remixed by Mikey McCleary in Dharma Productions’s Shaandaar.

Santoshi created the light-hearted, fun-filled song ‘Aana Meri Jaan, Meri Jaan, Sunday Ke Sunday’ with music composer C Ramchandra for his own film Shehnai. The song had many English lyrics woven into the Hindi song. Ramchandra sang the duet as Chitalkar Ramchandra with Amirbai Karnataki and Shamshad Begum for the actress Rehana. Released the year of India’s independence, the musical comedy was a big hit.

Director and lyricist Santoshi and composer Ramchandra came back strong with 1950’s Sargam where Ramchandra sang as Chitalkar for Raj Kapoor. Directing for Filmistan, Santoshi cast his favourite actress, Rehana, opposite Kapoor. Once again, the comic song showcased Raj Kapoor’s goofy side as he performed as a sailor in the catchy tune.

A versatile lyricist, Santoshi wrote all kinds of songs. The songs, dialogues and direction of Hum Panchhi Ek Daal Ke were handled by him. The story focused on Master Romie as the son of a wealthy man, who goes out on an unsupervised outing with his underprivileged school mates. Sung by Asha Bhosle, the music was composed by N Dutta.

Santoshi was instrumental in introducing and directing Dev Anand to Hindi cinema in his first film, Hum Ek Hain (1946). He also wrote screenplay, dialogues and lyrics for Nirala (1950), another early film of Anand’s in which he was paired opposite Madhubala. In the soulful ballad, ‘Mehfil Mein Jal Uthi Shama’, Poonam (Madhubala) sings about her lost love, Dr Anand, after her marriage to twice-widowed Sangram.