Ashalata Biswas, first wife of music composer Anil Biswas, was born on October 17, 1917. Originally named Mehrunissa, she changed her name to Ashalata when she joined Shakti Movietone for three films that were released in 1935 — Aazadi, Sajeev Murti and Sati Toral.

A popular personality in the world of Hindi cinema of the 1940s and 1950s, Biswas was featured as one of the glamorous stars who acted even after marriage and motherhood. She also worked with leading studios of the time, such as Bombay Talkies (Char Ankhen, 1944) and Prabhat Films (Swarna Bhoomi, 1944). 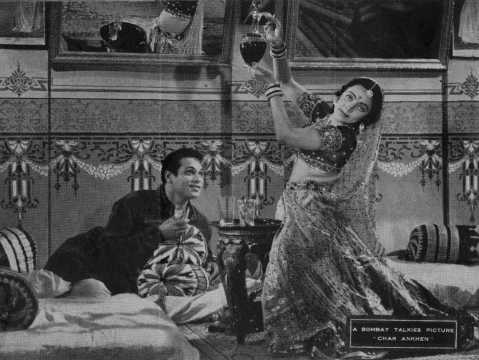 Biswas passed away in 1992. Her family continued the cinematic legacy; her son Utpal Biswas composed music for films like Shahenshah (1988) and Main Azad Hoon (1993) while her granddaughter Paromita Vohra went on to become a documentary filmmaker.