Shriram Lagoo: The emperor beyond the screen


A trained doctor, brilliant actor and litterateur, Dr Shriram Lagoo's performances are the expressions of a man who weighed his words as much as his actions. On his 89th birthday (16 November), we look at the life and times of Dr Lagoo.

It is one of those sad observations on Hindi cinema that Dr Shriram Lagoo has only one Filmfare award to his name. Despite being awarded Best Supporting Actor for Gharaonda (1977), Dr Lagoo remains a peripheral figure in Hindi cinema.

Delve into his career as an actor, however, and the true picture emerges. One of the finest actors of his generation, and an influence on several generations since, Dr Lagoo has thoroughly justified the title of his most famous act on stage, Natasamrat (Emperor Of Actors).

Born in Satara in 1927, Shriram Lagoo made his first appearance on stage in a school play. As he would say in a later interview, "My school — Bhave School — has always had a great tradition in dramatics. Several of its alumni like Smita Patil, Rohini Hattangadi and even Sonali Kulkarni have gone on to make their mark as actors.

"There I was made to act in a school play at a very young age. Despite preparations, when I was pushed on stage by the teachers, I froze. But when I gathered my wits and began speaking I knew not only my lines but everyone else's too."

Lagoo was Gopal Krishna Gokhale in the play. Years later, he would reprise the role on the big screen alongside Oscar winner Ben Kingsley in Richard Attenborough's Gandhi (1982). 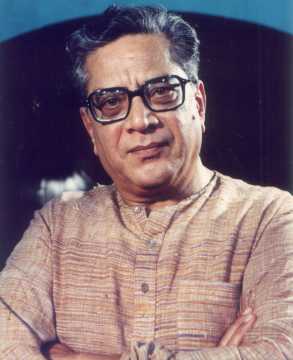 It began a lifelong association with the dramatic arts that would pop its head even during his medical studies. He soon established a close bond with reading, and following the theatrical art.

At BJ Medical College in Pune, he took up stage performances for the first time. Lagnachi Bedi (The Marital Chain), a play written by Acharya Prahlad Keshav Atre, was one of his first successes. "Juggling medicine and theatre was not easy," Dr Lagoo said. "Yet, the love for theatre persisted… and with like-minded drama-lovers, one was part of the Progressive Dramatics Association set up by our chemistry professor."

The influence of Dr Lagoo in the field of stage acting cannot be overstated. An actor for whom the great playwright VV Shirwadkar wrote Natasamrat, he continues to be the benchmark for method actors making the grade.

A brilliant example is his cinematic debut, Pinjra (The Cage, 1973). One of the last films to be directed by the great V Shantaram, it was a moralistic tale with Dr Lagoo's character, Guruji, at the centre of the storm. Flanked by another brilliant actor in Nilu Phule, Dr Lagoo delivered a brilliant, intense debut that was to be the template for his future performances.

As the idealist teacher who realizes the mistake of his absolutist morals, Lagoo was in fine form. The films that followed, like Saamna (1974) and Singhasan (1980), convinced the world of his talent. 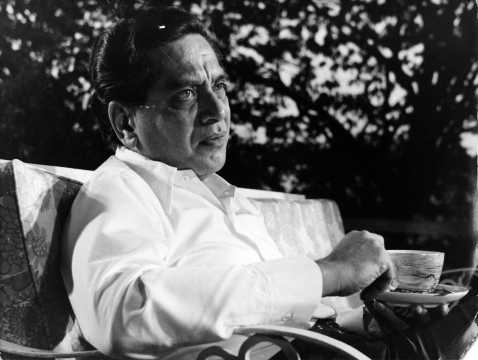 Yet, at the age of 42, he never managed to set the screen alight in the manner of other theatre artistes like Naseeruddin Shah or even Rohini Hattangadi.

The stage was Lagoo's arena, and he was one of its finest gladiators. Over a career spanning 40 years, well into his 80s, the doctor performed in plays by writers such as Vijay Tendulkar, Atre and Shirwadkar, the last of whom wrote a play with Dr Lagoo specifically in mind that was to be the crown jewel of the doctor's acting career.

Natasamrat, the story of fading stage actor Ganpatrao Belwalkar, was the King Lear of Marathi stage dramas. For generations to come, Dr Lagoo will remain the standard against which acting talent is measured.

When screen veteran Nana Patekar took on that iconic and ambitious role recently, it was Dr Lagoo's approval that he sought. The ever humble artiste took pride in his performance. He said, "It was by no means an easy role. It would require plunging into the character's pathos and reaching out to audiences. But then for a good actor no role is really easy. When people still recount Ganpatrao Belwalkar's voice, mannerisms and nuances asking me for my secret technique, it makes me smile." You can almost hear the faint hint of pride of a master craftsman seeping through the words.

Natasamrat was only one of the many plays that left a mark on the new generation of actors coming in. Gidhade (Vultures), by Tendulkar, Himalayachi Saavli (The Shadow Of The Himalayas) by Vasant Kanetkar, and Surya Pahilela Manus (The Man Who Saw The Sun), which had the thespian playing the Greek philosopher Socrates preparing to die. The play saw more than 300 performances with Lagoo leading them all. Even at the age of 70, he would launch with enormous vigour into the brilliant and scathing monologue questioning morality, religion, and economics.

For artistes of the new generation, Doctor saheb, as he was called, remains an example of the dedication of an artist to his art. Jitendra Joshi, an astute theatre actor whose recent performance in Ventilator (2016) has garnered praise, says, "I remember Lagoo Sir from films like Singhasan and Saamna, which were brilliant performances. But his real magic was on stage. He was the king of the stage. I remember watching this play, Surya Pahilela Manus, at a time when he was fairly old. Yet, he managed to deliver a 40-minute monologue. What a performance that was! It still gives me goosebumps."

Subodh Bhave, director and star of the Marathi hit Katyar Kalzat Ghusli (2015), says, "There are many actors who, after a certain period playing the same character, lose touch with its basic truth. The soul of the character dies. Dr Lagoo never had that problem."

It was Lagoo who gave the muhurat shot for Bhave's directorial debut, Katyar Kalzat Ghusli. The film was the first of many big hits that have emerged from the Marathi film industry in recent years. Says Bhave, "I was lucky to have his blessings for the first film I directed. He was kind enough to give the muhurat clap,and I think it was his goodwill that helped the film reach such great success."

It is interesting that both Joshi and Bhave refer to Lagoo's contribution to the craft of acting as an important aspect. Joshi says, "One more thing I would like to add is his dedication to the craft. To maintain himself, the nature of a character, the discipline an actor needs to practise is exemplary." Bhave agrees, adding: "Even more influential are his writings on stage performances, how to work with the crowd, societal influences, and his control of voice and diction."

A dedicated student, Dr Lagoo wrote Vaichik Abhinay, or Studied Acting, a book on his observations and learnings from the craft. An actor steeped in the knowledge of language, literature, and personality, he was perfectly placed to philosophize about it. His autobiography, Laman (Vagabond), was a brilliant treatise about his life and experiences on stage.

Shriram Lagoo was also involved in a number of movements that helped struggling theatre artistes find the means to stage their plays. He instituted the Tanveer Sanman, in honour of his son Tanveer Lagoo, for stage artistes.

Jitendra Joshi recounts an interesting incident when Dr Lagoo stepped in to help out with a play. He said, "I remember when we had adapted a children's play named Bedke Neeche Rehnewaale. Dr Lagoo and Deepa Sahi had come to watch the play. He not only watched the play but called us home to discuss it, and gave us Rs13,000.

"This was the nature of his dedication. He understood that these are young artistes putting up an experimental play and more than advice they need funds to run the show. Not many people do that. Most people offer advice but few come forward to give the economic help necessary. A play cannot be put up solely on advice. Any form of art requires economic support as much as advice."

An actor who was sadly sidelined in Hindi cinema, his only award-winning performance was in Bhimsain Khurana's Gharaonda (1977), about a middle-class couple's search for a home in Mumbai.

Incidentally, the film reflects one of Dr Lagoo's greatest lines on stage, 'Ghar deta ka ghar, kuni ghar deta ka [Can someone give me a place to stay]?' from Natasamrat. For cinema, he remains the vagabond who never fit in. But for stage, he was the emperor who reigned above all.