Why the legend of Manmohan Desai endures – Death anniversary special


They called him 'The Miracle Man'. He could transform mediocre films into blockbusters. He hardly worked with a structured script, never asked an actor to 'get into character' or 'study a personality' for his film. Yet, Manmohan Desai understood why audiences watched his films — to escape their drab lives.

An old woman, a mother, injured and in urgent need of blood. Three young men, from different religions, uniting to donate their blood. The audience knows who the young men are. They are the sons of the same woman, separated from their parents and from one another in their childhood.

This moment defined the metaphorical imagery that filled a Manmohan Desai film. As cinema snobs cringe at the swashbuckling bravado of Rohit Shetty, Farah Khan and Abhinav Kashyap's films, old-timers would be smiling at the rebirth of the Manmohan Desai patent of filmmaking. 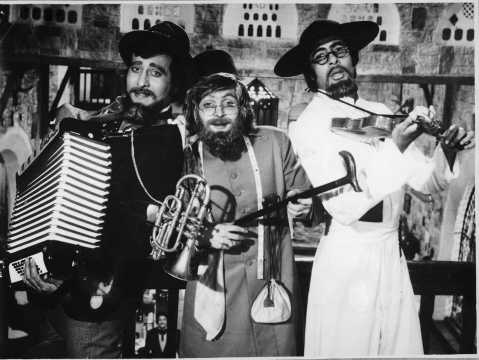 The son of Kikubhai Desai, Manmohan was born into filmmaking. His father was the director of successful swashbucklers like Sunehari Toli (1939), Aflatoon Aurat (1940), and Sheikh Chilli (1942). The genre, naturally, held great fascination for the young man.

Yet, Manmohan Desai's directorial debut came in the unlikely form of the mild Raj Kapoor-Nutan starrer Chhalia (1960). He was 24 years old, and the understated grace of Raj Kapoor and Nutan would seem far away from the brash machismo of Amitabh Bachchan that was to dominate his later films.

Yet, Chhalia does have a number of signature elements of a typical Manmohan Desai script. The story told of a con man with a good heart, seeking to unite a young Hindu woman in Pakistan with her Muslim husband in India. It was a theme — lost and found — Desai stuck to through superhits like Amar Akbar Anthony (1977), Naseeb (1981) and Coolie (1983).

In several interviews, the director had asserted, "I am a product of the middle class. I grew up on the streets of Bombay." This innate knowledge of the streets and the masses occupying them endowed him with the key to box-office success.

Even in his early and middling successes like Chhalia and Budtameez (1966), Manmohan Desai was able to find scenes that would appeal to the common man.

This sense of what would capture the audience's imagination could be seen most strongly in his songs. Raj Kapoor dancing in the rain to Laxmikant-Pyarelal's 'Dum Dum Diga Diga' or that electric performance of Shammi Kapoor going crazy among the Khetwadi crowds in 'Govinda Aala Re Aala' are examples.

Amitabh Bachchan, who became the face of masala entertainers in the mid-1970s, once described Manmohan Desai as an "insanely creative genius". One definition of genius, a search reveals, is "great natural ability". It seems apt. Between 1960 and 1988, Manmohan Desai delivered 19 films at a hit rate of more than 65%. This was remarkable in an industry that was, and is, rife with improbabilities and uncertainty.

The trick was simple. Desai tapped into the most basic human emotions through his cinema. There was always a surfeit of emotions incorporated into flights of fancy. The blood-donation scene in Amar Akbar Anthony, the dog giving evidence in Sachaa Jhutha (1970), or the falcon looking after the child in Coolie (1983) were all elements of fantasy that played to the lower stalls.

Unlike other filmmakers of his era, Manmohan Desai never shied away from the constants of religion and family. Growing up in cosmopolitan Bombay, he understood the role these identities played in the life of an individual.

Where he stood out was in his ability to reshape the identity as a part of humanity, not a singular structure by itself. Thus, Anthony can be beaten by Amar, but together they are invincible. Amitabh as a lone Coolie can be insulted, but as a group he represents powerful social change. This is the stuff mass entertainers are made of. 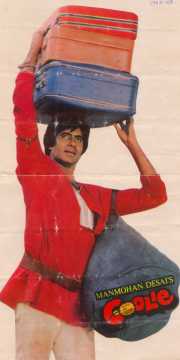 Manmohan Desai repeated in several interviews: "I don't make my films for critics. I make them for those who are willing to stand hours in the sun and rain to buy a ticket."

His understanding of the masses was also a disadvantage. For cinema snobs, he was never worth any award. The director of blockbusters such as Coolie, Naseeb (1981), Chacha Bhatija (1977), Amar Akbar Anthony and Roti (1974) never won a Filmfare or a National award. They did not bestow upon him tags like 'artist', 'genre builder', or 'classicist'. Yet, they could not deny that Manmohan Desai was a tour de force by himself.

The presence of deus ex machina was another element that played into the hands of the masses. A whole generation of internet users have developed memes based on scenes from Amar Akbar Anthony, for instance.

Critics still gripe about the illogical and blatant metaphors present in his films. Yet, the street urchin in Desai recognized the power of symbols in cinema. For the masses that crowded the Royal Opera House theatre not far from his home, the scene of three separated sons, belonging to different religions, coming together to save their mother was worth the price of several tickets.

As Amitabh Bachchan described it, "You could see the pains he had taken in putting something so illogical into something which you eventually tend to believe within the course of three hours. That must surely be the work of a genius."

But the greatest loss was that of the audience, which lost a visionary who helped them to escape reality through cinema.