The Padma Shri winning lyricist juggled multiple hats through his cinematic career, including that of a choreographer.

Prem Dhawan was just 19 when he walked through the gates of the renowned Bombay Talkies for an interview. A graduate of Ludhiana College, he was a classmate of Sahir Ludhianvi. In 1946, like many other hopeful young men, he arrived in Bombay looking for employment.

Managing to get a call for an interview at the studio for the post of assistant director, Dhawan found himself facing two of the most popular faces in Indian cinema at the time — Devika Rani and Ashok Kumar. Not much is known of the interview, but Dhawan found employment as a lyricist. It was with Ziddi (1946) that his journey in cinema began.

A multi-talented artiste, Dhawan belonged to the elite group of individuals who enriched Hindi cinema during its golden age. What separated him from his contemporaries was his ability to juggle multiple facets of his personality. A writer, he was involved with the progressive theatre movement that was sweeping through Hindi cinema. It was at IPTA (Indian People's Theatre Association) that he came in touch with personalities like Shanti Roy Bardhan, a former member of Uday Shankar's legendary dance troupe. He also learnt classical music under the tutelage of Pandit Ravi Shankar himself. These skills were to prove handy during his journey in Hindi cinema.

It is the former skill, however, that remains an odd one out on his career graph. For a lyricist with song credits for Andaz (1949), Tarana (1951), Kabuliwala (1961) and Shaheed (1965), Prem Dhawan had a fairly successful career as choreographer, too. It was in KA Abbas's Munna (1954) that he got his first credit as dance master. 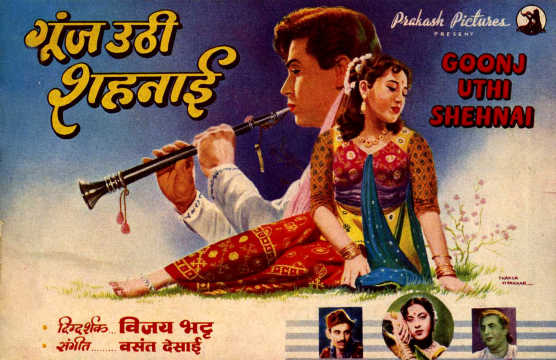 Yet, the one song which stands out for its composition, style and importance to Hindi cinema is 'Ude Jab Jab Zulfein Teri' from Naya Daur (1957). BR Chopra was inspired to make the film based on the rising industrialization in independent India. The struggle between the past and the present was also visible in OP Nayyar's music. Prem Dhawan's dance choreography slotted with ease into this style.

Naya Daur had one of the most iconic leading pairs in Hindi cinema, Dilip Kumar and Vyjayanthimala. The film marked a new era for Dilip Kumar, who emerged as a romantic hero instead of the 'Tragedy King' he had been typecast as. 'Ude Jab Jab Zulfein Teri' was a fast-paced number that saw the lead pair charm its way into the audience's hearts.

Dhawan allowed both artistes to use natural movements to express their joy and celebration. Given that Vyjayanthimala was an accomplished Bharat Natyam exponent, this would not have been difficult. The magic lay in evoking the best out of Dilip Kumar. The actor comes out as the handsome, charming villager in the song.

A lyricist by choice, Prem Dhawan was a man who was attuned to the musicality of words. This quality enabled him to be part of some of the most legendary songs in Hindi cinema. Be it 'Aye Mere Pyare Watan' from Kabuliwala (1961) or 'Aye Watan Aye Watan' from Shaheed (1965), the lyricist earned the praise of his contemporaries. But it was his subtle but equally skilful work as a choreographer that has gone unnoticed.