On the 29th anniversary of Rakesh Roshan’s directorial debut Khudgarz on 31 July 1987, we examine the superstition that rules him and many other filmmakers.

A film title is many things – it must represent the film as a whole and convey a feeling to attract viewers. But several times, the title in Hindi cinema is dominated by superstition. Spellings are altered to attract prosperity (see: C Kkompany) or to follow a lucky trend (see: Krrish). From Karan Johar to Ekta Kapoor, all have succumbed to this notion at some point in their careers. Filmmaker Rakesh Roshan is one who has largely stuck to his lucky charm throughout his career. 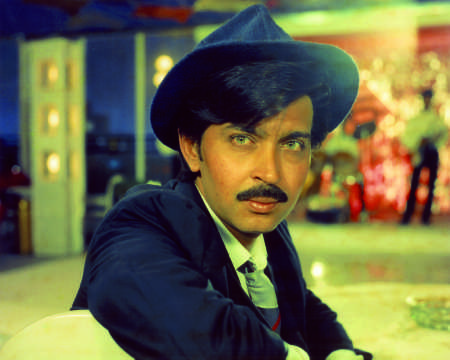 The son of music composer Roshan, Rakesh started out as an actor with Ghar Ghar Ki Kahani (1970). He was mostly seen in heroine-orientated films like Paraya Dhan (1971) and Aankh Micholi (1972) and films like Shriman Shrimati (1982) and Jaag Utha Insaan (1984) where he was essentially the second lead. Eventually, despite hits like Khoobsurat (1980) and Kaamchor (1982), Rakesh Roshan gave up acting because he felt unsatisfied and turned to direction.

Khudgarz, which released on 31 July 1987, was inspired by the Jeffrey Archer novel Kane and Abel (which, unsurprisingly, also began with a ‘K’). Starring Jeetendra and Shatrughan Sinha as warring friends, the film proved fruitful for Rakesh Roshan's nascent career as director. Roshan had vowed that if the film was successful, he would shave his head. He has kept it that way since.

He also took forth another quirk from Khudgarz’s success, and every film that he has produced or directed since starts with the letter ‘K’. Rakesh Roshan has directed 13 feature films in his career so far, and every single one begins with ‘K’. And after 1987, all films produced under his banner Filmkraft Productions Pvt Ltd also start with ‘K’.

In an online chat on rediff.com before the release of Kaho Naa... Pyaar Hai (2000), the filmmaker revealed, “As far as the K fixation goes, when I was making Jag Utha Insaan some fan wrote to me that you should name your films with K because all your films with K have done well -- to name a few, Khoobsurat, Kaamchor, Khel Khel Mein, Khatta Meetha, Khandaan, etc. I didn't believe and I made Jag Utha Insaan and Bhagwan Dada, and then just by chance I made Khudgarz and that was a big success and established me as a director. So that fan wrote to me, this time you listened to me and you are seeing the results, and I thought I have to name films, so why not with 'K' -- and that's how the K factor stands.”

Rakesh Roshan probably did not have to look far; he might have been inspired by his own father-in-law, J Om Prakash. The veteran filmmaker produced 15 films under his banner, Filmyug Pvt Ltd, all beginning with the letter ‘A’. He directed a single film not beginning with an ‘A’, Bhagwan Dada (1986), which was produced by Rakesh Roshan. The film didn’t do well and Om Prakash went back to his ‘A’ films with Agnee (1988) and Aadmi Aur Apsara (1991). 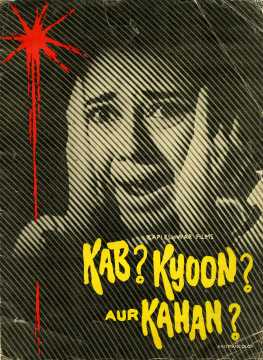 Another filmmaker fixated by the letter ‘K’ was Arjun Hingorani. He introduced Dharmendra to Hindi cinema with Dil Bhi Tera Hum Bhi Tere (1960). But later, Hingorani took the naming of films one step further, and adopted the triple ‘K’ formula. His films were memorably named Kab? Kyon? Aur Kahan? (1970), Kahani Kismet Ki (1973), Khel Khilari Ka (1977) and Katilon Ke Kaatil (1981). Hingorani deviated from his naming formula once to produce the multi-starrer Sultanat (1986), which flopped. He returned to his haven with Kaun Kare Kurbanie (1991) and Kaise Kahoon Ke... Pyaar Hai (2003).

For the first four years of its existence, Ekta Kapoor's Balaji Motion Pictures made films starting with ‘K’ after David Dhawan’s Kyo Kii... Main Jhuth Nahin Bolta (2001). But it changed with Apoorva Lakhia’s Shootout at Lokhandwala (2007). The Balaji films that released since haven’t followed the ‘K’ pattern, although films like Once Upon Ay Time in Mumbai Dobaara! (2013) have had to endure spelling changes due to numerology. 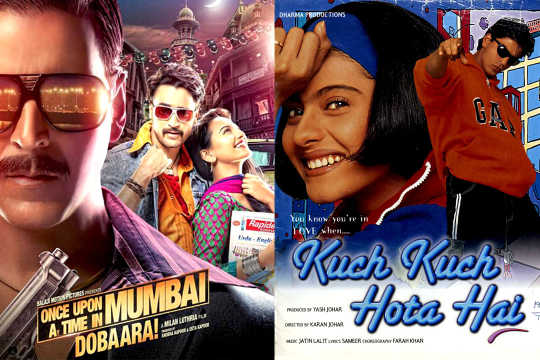 Once upon a time, filmmaker Karan Johar couldn’t see beyond his ‘K’ films. From 1998 to 2006, Dharma Productions made five films beginning with the letter. But after the success of Dostana (2008) directed by Tarun Mansukhani, and Ayan Mukerji’s Wake Up Sid (2009), not every film releasing from the Johar stable has a name beginning with ‘K’. In fact, Johar’s own directorial features since 2010 do not start with ‘K’.

Despite many others abandoning the ‘K’ fixation, Rakesh Roshan soldiers on. His last film as director, Krrish 3 (2010), joined the Rs100 crore club in its first week and collected Rs240.5 in its lifetime. His next, Kaabil (2017), stars his son Hrithik Roshan and Yami Gautam and will be directed by Sanjay Gupta.