On the actor-comedian’s 12th death anniversary, we revisit his heart-warming film highlighting the importance of early polio vaccinations.

Mehmood made the film Kunwara Baap (1974) in awareness of the disease, polio that had affected his own son, Maqdoom Ali aka Macky. His ex-wife Madhu was ill right after giving birth to Macky. The newborn child also fell ill with a fever and later his arm became paralysed. Mehmood and his family members took the baby from hospital to hospital. Eventually, they settled on Sir JJ Hospital where the child was finally diagnosed with polio by Dr Udani. 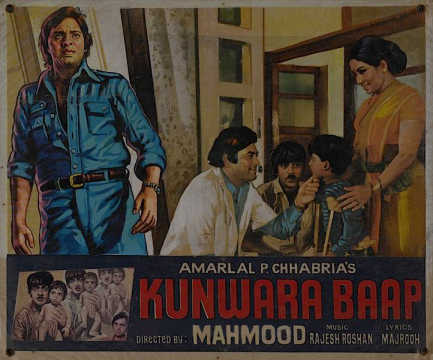 The family was clueless about the disease and Macky had not been vaccinated against the disease. In the book Mehmood: A Man of Many Moods, the author Hanif Zaveri wrote, “When Mehmood asked Dr. Udani about the disease the good doctor lost his temper and fired him for his ignorance. 'If you do not know how to care of your children why do you give birth to them?', he asked.”

This exact scene was recreated in the film with actor Sanjeev Kumar playing the part of the doctor. Mehmood put the same words and scenario in Kunwara Baap. Mehmood was moved to make this social film after his own experience and his own son's near brush with death. Over the years, he made large donations for the betterment of polio-afflicted patients around Indian hospitals.

Macky was cast in the film as an abandoned child afflicted with polio who is adopted by Mehmood’s altruistic rickshawallah, Mahesh. He died of cardiac arrest in August 2002 at 35, two years before his father Mehmood passed away in the US in July 2004. He was 71.

In the film’s finale, Mehmood broke the fourth wall to directly talk to the audience about the benefits of getting their children vaccinated early. He also urged them not to abandon them thinking they were less than whole, but to encourage them to get an education and make something of themselves. 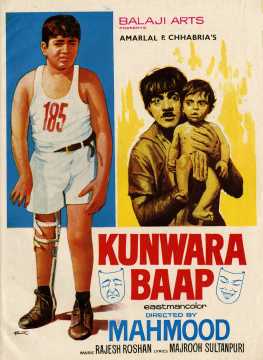 That year, Mehmood was nominated thrice in the Best Performance in a Comic Role at the Filmfare Awards for Vardaan, Kunwara Baap and Duniya Ka Mela. He won the award for Vardaan. He beat out Asrani who was nominated for Bidaai and Chor Machaye Chor.